TTIP and You (Part 2): The Transatlantic Trade and Investment Partnership’s impact on U.S. SMEs

In last week’s blog, we looked at what TTIP is meant to achieve on a macro scale, as well as examining its impact on Ireland’s business community. In this continuation of that piece, we’ll be looking at what the agreement means for different sectors of the United States’ economy, and particularly what it means for regulations facing SMEs.

Producing roughly ⅕ of total U.S. exports to the E.U., chemical-related products make up one of the core pillars of is it legal to order viagra from canada U.S.-E.U. trade relations, with SMEs accounting for about one-quarter of the sector’s export production. Given the heavily regulated nature of the industry, however, SMEs have reported several major barriers standing in the way of U.S. exports to the E.U. First and foremost, are REACH (Registration, Evaluation, Authorisation and Restriction of Chemicals) regulations governing the sale and use of chemical products within the E.U. 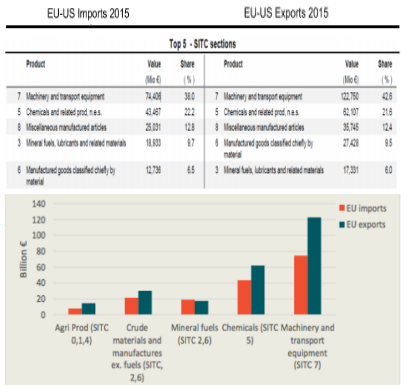 In theory governing all chemical substances, REACH affects most companies operating within Europe, and operates under the precautionary principle that a product cannot be approved if there is a chance that it can cause harm. This stands opposed to the risk-based approach favoured by U.S. regulators, which attempts to balance potential harm and benefits, and results in U.S. chemical industries facing significant headwind when attempting to trade with the E.U. Under REACH, regardless of whether its substances are registered in the United States, a U.S.-based firm must register all chemicals used in its products when exporting to the E.U., a process that often proves a substantial financial burden. Indeed, the costs associated with REACH compliance (estimated at $1-5 million dollars per product) are believed to have resulted in a ‘shakeout’ driving many U.S. firms away from competing in the E.U. market. The requirement that firms lacking substantial operations in Europe hire an “Only Representative” to oversee REACH compliance is viewed by many SMEs as a costly roadblock which provides little benefit.

Other issues facing U.S. SMEs exporting to Europe include:

TTIP is expected to partially–but far from entirely–remedy this state of affairs.

Where REACH is concerned, the E.U. has taken the position that actual harmonisation of regulation is out of the question. It is hoped in the U.S. that this will change, with U.S. and E.U. regulations meeting somewhere in the middle. As it stands, however, only a few areas of progress can be assumed. Establishing methodologies and a prioritisation system for chemical assessment, for example, seems likely to occur, and would help to streamline the clearance of products for both markets, as would the likely alignment of classification/labelling of chemicals. canada online pharmacy cialis It is also expected that issues regarding newly emergent technologies will be addressed, with efforts made to provide oversight without jeopardizing intellectual property.

The only sector producing more U.S.-E.U. exports than the chemical industry, manufactures make up over 40% of goods shipped to europe, and SMEs are responsible for over a third of this. Given the inherently complex nature of manufactured goods, SMEs in the sector face a number of particularly troublesome barriers to thriving trade with the E.U. Sometimes facing regulations hampering nearly every product in a supply chain, many SMEs avoid the European market entirely rather than attempting to navigate what they see as a Byzantine agglomeration of laws and rules. Regulations and standards are chief among the perceived offenders in keeping U.S. competition out of the E.U. market. The CE mark in particular has a significant drag effect on SME willingness to export to Europe. At the core of this is financial cost. To begin with, while the expense of testing a product and ensuring its complicity with CE regulations is uniform for any manufacture, the per-unit burden that this outlay imposes is by its very nature heavier on companies that ship fewer net products (namely, SMEs). Moreover, rules surrounding cialis 20 mg effetti the CE mark itself vary from state to state, with some requiring the mark to be stamped directly onto the product, and others allowing for the use of a sticker. This can force small firms to carry twice the stock that they might otherwise produce, introducing inefficiencies into companies operating on relatively small profit margins.

As in the case of chemical exports, TTIP is expected to help U.S. exporters, but only to an extent. While E.U. regulations on manufactured goods are unlikely to relax, per se, U.S. SMEs should look forward to more uniform regulation of goods, with redundant standards overturned in favor of common approaches to areas such as safe product usage and labelling requirements. The E.U. has also proposed bilateral cooperation in creating free help desks to shepherd SMEs through the numerous hoops required to export and import manufactured goods. Finally, the removal of those tariffs that remain in place – small though they are – continue to inhibit trade on the part of smaller firms. Their ultimate removal is expected to bring outsized benefits to SMEs. 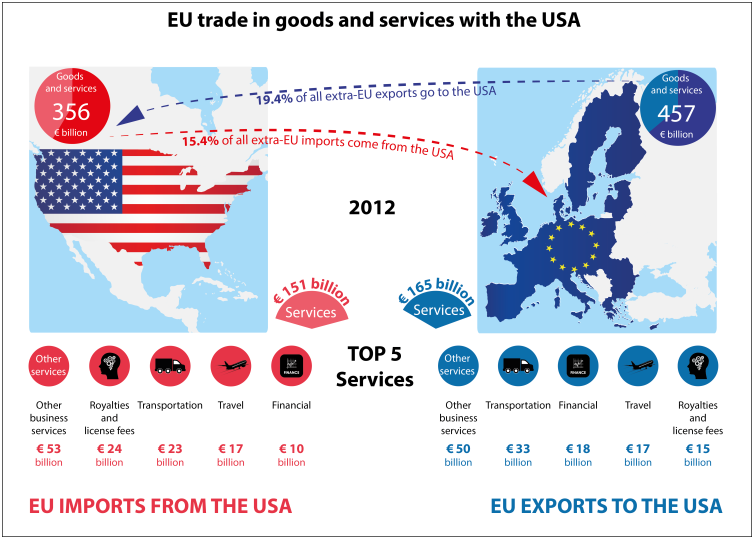 Services make up almost 80% of the U.S. economy and roughly a third of its total exports. As such, the service sector has received enormous attention in the TTIP agreement, and the problems facing service exports have been outlined in detail. Varied though these exports may be, however, the problems facing the service industry seem to be fairly narrow in scope (if not in impact). First and foremost is the issue of credential recognition. Medical professionals, for example, are blocked from bilateral work by mutual non-recognition of medical licenses on the part of the E.U. cialis online and United States. Furthermore, when a non-E.U. professional receives medical certification in one E.U. member-state, this does not necessarily guarantee them the right to work in the rest of the Union. U.S. engineers face similar troubles, but with the added problem that their European competitors have little trouble operating within the United States. Questions of intellectual property, too, hamper services across the board, with the pervasion of media piracy in Southern Europe seen as particularly detrimental. Finally, laws governing financial services vary drastically between the United States and the E.U., with some U.S. firms often reluctant to engage in the European market as a result.

All of these issues are particularly draining viagra online on SMEs. This is not just because of the economies of scale associated with SME trade barriers, but also due to the fact that in the United States, service-exporting SMEs are significantly more likely to rely on these exports than larger firms, with over 20% of their revenue coming from abroad. TTIP is, unfortunately, somewhat limited in scope where help for these issues is concerned. Intellectual property, medical services, and financial services have all been redlined by E.U. negotiators. This leaves a few areas where improvement seems likely, such as mutual licensing for engineers and architects, but on the whole, the service industry’s SMEs are expected to see marginal gains from the new trade agreement. 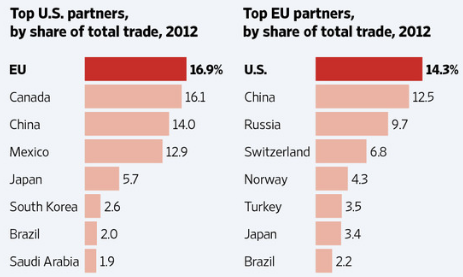 On the whole, the U.S. economy is expected to make significant gains, with added value from trade topping $100 billion dollars, but SMEs are likely to see limited change in their bottom lines despite the agreement’s relative potential for their portion of the market. This is primarily due to political realities governing what the European Union is willing to concede to U.S. negotiators. We’ve neglected to discuss agri-food exports, for example, due to the lack of expected progress in the face of E.U. concerns about GMO usage and treatment of livestock. This said, The E.U. and the United States remain both the world’s largest economies and one another’s largest trading partners, and any move towards integration is good news for trade. Given that TTIP still looks set to lay a groundwork for future harmonisation between E.U. and U.S. regulatory policy (and assuming that it is eventually ratified), SMEs can likely look forward to more substantial progress in the future.

This concludes our analysis of TTIP. Be sure to keep an eye on our Twitter and Facebook pages for more insights into the world of global trade!

SMEs and the Transatlantic Trade and Investment Partnership -European Commission