Irish Whiskeys: Every year, Ireland exports more than ten million cases of whiskey. 25 distilleries operate on the island, while another 24 are in development. Here we list our favourite Irish Whiskeys, from all corners of the Emerald Isle. 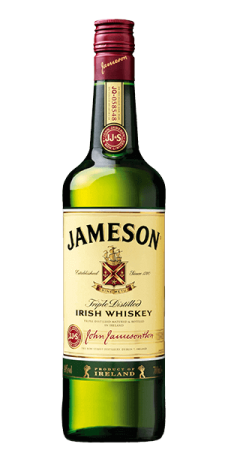 As Ireland’s most famous Whiskey brand, Jameson has become a global symbol of the Emerald Isle since being introduced in 1780.

The iconic company, known for its massive range of whiskeys, has thousands of different types of casks it uses to enhance flavour every year. Jameson has a seemingly endless array of whiskey offerings, but their pièce de résistance is the original Jameson Irish Whiskey, a favourite amongst locals and foreigners alike which happens to be the best-selling spirit in the world. 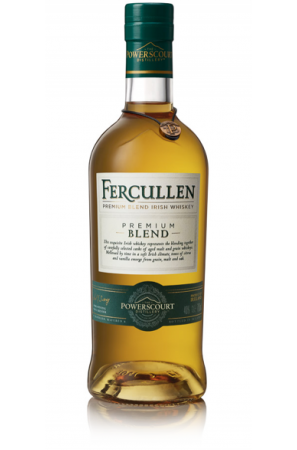 Building on the rich heritage of whiskey distilling in the South-East, Powerscourt Distillery is a strong force in the Irish whiskey resurgence. They have released a wide range of whiskeys under the brand name ‘Fercullen’, the old name for the Powerscourt Estate, where the distillery itself lies. 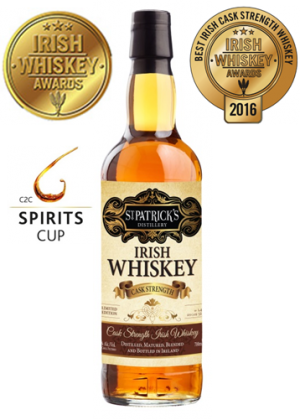 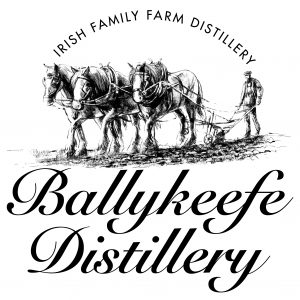 Located in the lush green countryside close to Ireland’s medieval capital Kilkenny city, Ballykeefe Distillery has the distinction of being the area from which the first written account of distilling in Ireland is recorded in 1324 in the Red Book of Ossory.

Sustainability and environmental protection are central to the business plan at Ballykeefe. There is zero off farm waste and high capital investment to ensure a fully sustainable, low carbon footprint in every aspect of the operation. Ballykeefe is a Single Estate Irish Family Farm Whiskey Distillery where all barley is sown, grown, harvested and distilled on the farm which makes it stand out as a unique ‘field to glass’ operation. The first Ballykeefe Whiskey will be released, in limited quantity, in August 2020. 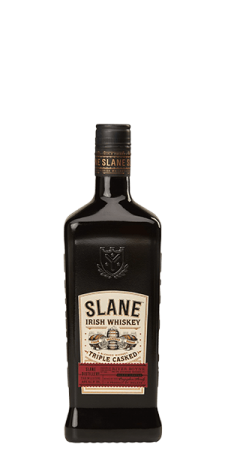 Crafted in County Meath, Slane Whiskey carries on the longstanding tradition of high-quality food and drink production in the Boyne Valley.

Combining new ideas with traditional methods. Masterfully blended and aged to perfection, their landmark product is triple-casked, creating a warm and golden hue. This whiskey has a smooth but robust feel, leaving strong hints of vanilla on the nose as well as a sugary taste. 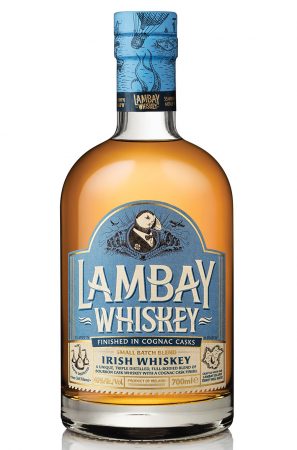 The Lambay Irish Whiskey Company stands out for its unique story and blending and maturation process.

Combining five generations of Cognac making with the centuries-old art of Irish Whiskey making, Lambay Whiskey is unique in both taste and style. The spirit is sourced from an independent whiskey distiller and LIWC then take over the entire maturation, blending and finishing of the product.

Crafted with Trinity Well water from Lambay Island, the product is triple distilled and finished in French oak Cognac casks. Currently Lambay Whiskey produce two very distinct whiskeys, a Small Batch Blend and Single Malt, the former of which takes precedence in terms of notoriety. The Small Batch Blend is bourbon cask matured and cognac cask finished, is incredibly smooth, providing notes of flora, cracked almonds and pepper. This whiskey is as unique as the island itself! 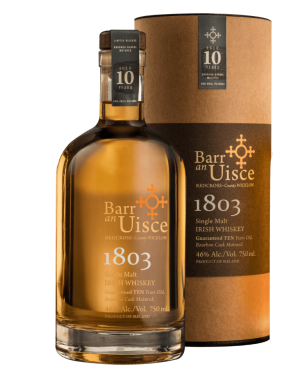 Established in 2016 by Ian Jones and Jason Stubbs, this Redcross based distillery is nestled in the rolling hills of County Wicklow. Directly translating to “Above the Water”, the name Barr an Uisce pays homage to the longstanding tradition of Whiskey making in Wicklow.

Producing several worthy products such as their 1803 Single Malt and 16 Year Limited Batch, Barr an Uisce has forged a name for itself both locally and nationally through its Wicklow Rare Blend. This whiskey provides a range of comforting notes, from warm vanilla to a sweet caramel flavour. 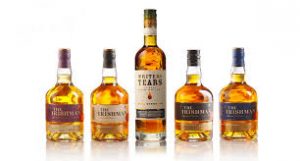 Operating out of County Carlow, Bernard and Rosemary Walsh are hoping to recreate the golden era of Irish whiskey distilling. Attempting to appeal to the modern palette, Walsh Whiskey has sought to reimagine a range of 19th Century recipes by introducing several new ideas. This process has heralded a variety of new whiskeys, developed under their two major brands Writer’s Tears and The Irishman.

Easy to drink, Writer’s Tears is quite a sweet but light whiskey, crafted using single pot still and malt whiskeys, it has produced notes of honey and fruit. The Irishman, on the other hand, is triple distilled and aged in both sherry and bourbon casks for 10 years before bottling. This too provides a sweet smell and falbour, but leads to a more oaky finish. 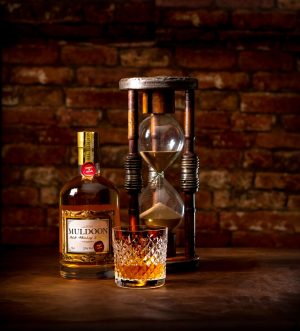 Technically a Whiskey Liquor, this delicious Waterford drink traces its roots back to the legendary Tom Muldoon: a 19th century moonshiner and natural healer whose exploits inspired countless tales across the Emerald Isle. Muldoon believed in the curative powers of three things: Irish whiskey, hazelnuts and toffee, which inspired the beverage in production today.

Based in the same building where the first-ever Irish Tricolour was flown; 33 The Mall in Waterford City, it has since gone on to win several awards, including an IWSC Silver Medal, a Great Taste Award and a Gold Medal from the Irish Whiskey Awards Liqueur Category. Trying out Muldoon Whiskey will surely leave you in high spirits. 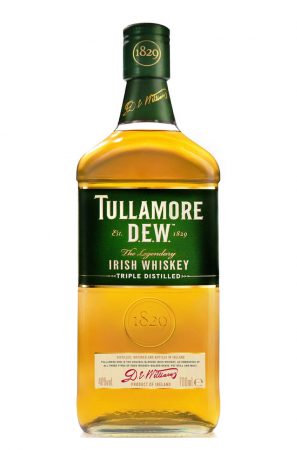 Located in County Offaly, Tullamore Dew sits on the banks of Tullamore’s Grand Canal. At nearly 200 years old, the Whiskey is one of Ireland’s best-known. Tullamore Dew’s Old Bonded Warehouse can be visited for events, tours and even Whiskey tasting experiences. 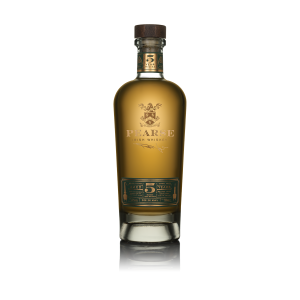 Operating out of the wonderfully restored St. James’ Church, the Liberties-based Pearse Lyons Distillery has established itself as a serious contender in the Irish whiskey market. Pearse Lyons has released several notable products in recent years – Distiller’s Choice, Founder’s Choice and Cooper’s Select – each gaining a great reception in their own right.

Their most well-known product, ‘The Original Whiskey’, is a grain and malt blend, aged in bourbon barrels. Striking the balance between flavour and subtlety, Pearse Lyons provides a relaxed but flavourful experience. 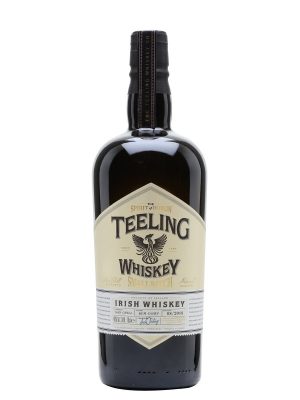 Steeped in history, the Teeling family has been involved in the distilling of whiskey for centuries. Following the establishment of the new Teeling Distillery in Newmarket Square, County Dublin, the most recent descendants of the Teeling family, Jack and Stephen are already going from strength to strength.

Teeling’s varied range of products has placed the brand at the forefront of Ireland’s whiskey resurgence. Their most notable product, Small Batch Whiskey, is the culmination of an arduous maturation process developed over both a bourbon cask and ex-rum barrel. The result is a wonderful mixture of sweet and peppery notes, balanced in such a manner that the flavours combine in perfect harmony.