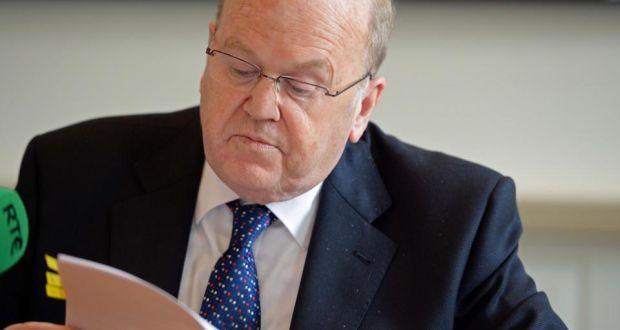 The Government has received a major boost ahead next month’s budget with the latest exchequer numbers showing tax revenue running nearly a €1 billion ahead of target.

The better-than-expected performance comes on the back of strong out-turns in income tax and VAT, which reflect the improving health of the economy.

The figures are likely to increase the clamour for tax breaks in the budget after several years of unrelenting austerity.

However, the Department of Finance last night cautioned that the returns for August included a number of once-off corporation tax payments as well as higher-than-profiled receipts from a life assurance exit tax, which flattered the economy’s performance.

It also said that nearly 40 per cent of the State’s annual tax take, including returns for November when the self-employed file their taxes, had still to come in.

Nonetheless, the exchequer figures show total tax revenue stood at €24.9 billion at the end of August, up 8.4 per cent on the same period last year, but also €971 million or 4.1 per cent ahead of the department’s target.

Income tax, which is the biggest tax heading, generated €10.6 billion, which is €172 million or 1.7 per cent ahead of profile.

The higher income tax receipts reflect the greater number of people at work this year compared to last.

The figures show VAT, which reflects consumer spending, was also ahead of expectations.

The sales tax took in €7.4 billion, which was €261 million or 3.7 per cent better than originally forecast.

Corporation tax receipts came in at €2.4 billion, which is €186 million or 8.5 per cent ahead of profile.

Significantly company tax receipts for the month of August were €259 million, which was €117 million or 82.2 per cent above profile on account of a number of once-off non-reoccurring payments.

Excise duty was €3.2 billion, some €156 million or 5.2 per cent ahead of projections, which reflected a spike in car sales linked to the new 142 registration plates.

On the spending side, the August figures show total net voted expenditure of €27.5 billion, which is €476 million, or 1.7 per cent, down on the same period last year, but still €34 million above profile.

This was primarily driven by a €353 million overspend in health, which was 4.5 per cent over profile.

“The Exchequer figures to the end of August and in particular the strong performance of income and consumption taxes are further evidence that the recovery is strengthening as the year progresses,” Mr Noonan said.

However, perhaps tempering public expectations about next month’s Budget, Mr Noonan said the State continued to borrow an average of €800 million per month “and this gap needs to be further reduced”.

Nonetheless, he again signalled the Budget adjustment would be significantly less than the original €2 billion figure agreed with the troika.

“It is clear from the strong exchequer performance to date that the level of adjustment through tax and expenditure cuts required to achieve this will be significantly less than forecast at the start of the year. This is due to the growing economy generating extra tax receipts and ongoing control of expenditure,” he said.