Country’s trade balance in deficit for the 26th month in a row as exports fall by 1.3 per cent in August 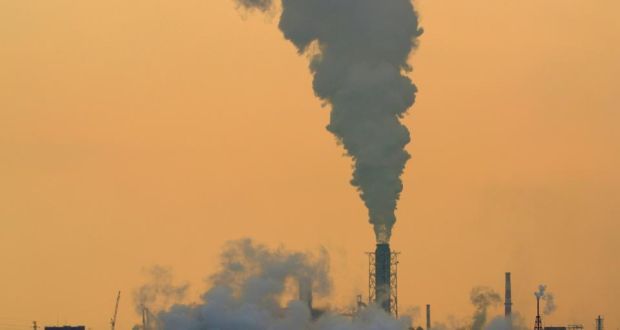 Smoke billowing from a plant in Tokyo bay. Underperforming exports have been one of the weak links in the Japanese economy

Japan’s exports declined in August as shipments to the United States contracted, adding to concerns the economy may see only a shallow recovery in the third quarter after a deep slump in April-June.

Exports fell 1.3 per cent in August from a year ago, less than the median estimate for a 2.6 per cent annual decline. That followed a 3.9 per cent annual gain in the previous month after having fallen in June and May.

The patchy performance has dashed hopes that external demand can offset a consumer spending slump caused by an April sales tax hike to 8 per cent from 5 per cent. The government and the Bank of Japan may also come under pressure to find new ways to prop up the economy.

Underperforming exports have been one of the weak links in the Japanese economy, which is struggling to cope with the April tax hike.

Confidence at Japanese manufacturers dipped in September, a Reuters poll showed, because executives fear the impact of the April sales tax hike.

In the latest month, exports were hit by a decline in shipments to the United States – down 4.4 per cent on-year, from a 2.1 per cent rise in July. Imports fell an annual 1.5 per cent in August, more than the median forecast for a 1.2 per cent annual decline, as energy imports declined. As a result, the trade deficit stood at 948.5 billion yen, less than the median estimate of 1.0289 trillion yen.

Japan’s trade balance was in deficit for the 26th month in a row, an indication that its status as an export powerhouse has faded as companies shift production offshore.

Japan’s economy shrank an annualised 7.1 per cent in the second quarter hit by the tax hike, the biggest contraction since the 2009 global financial crisis.

BOJ governor Haruhiko Kuroda has repeatedly said the nation is on track to meet the central bank’s 2 per cent inflation goal, but the deep economic contraction has raised questions about the outlook for growth.

Exports have failed to pick up despite the yen’s decline to a six-year low, partly as many Japanese firms have shifted their production sites overseas which tempers the benefit of a softer currency.