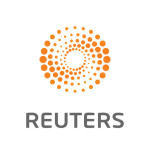 Hewlett-Packard plans to buy cloud software startup Eucalyptus Software, a rare acquisition for the company since its failed $11 billion purchase of Britain’s Autonomyin 2011.

HP did not say how much it will pay for Eucalyptus, which provides open-source software for building private and hybrid clouds, or Internet-based computing services. A source familiar with the deal told Reuters that HP would pay less than $100 million. Tech blog Re/code first reported the price tag earlier on Thursday.

The acquisition is expected to close in the fiscal fourth quarter, after which Eucalyptus chief executive Marten Mickos, a proponent of open-sourced software, will join HP as senior vice president and head of its cloud business.

Martin Fink, who now leads the cloud business, will remain chief technology officer as well as director of HP Labs, which focuses on researching next-generation products.He will report to chief executive Meg Whitman. Among his duties will be building HP’s “Helion” cloud computing services, the company said on Thursday.

HP, once the world’s largest PC maker but now trying to become a leading provider of hardware and software to corporate and government clients, was forced to write down much of Autonomy after the company said it discovered serious accounting irregularities.

It ended the July 2014 quarter with $4.9 billion in operating company net cash. In August, Ms Whitman told analysts HP was in a position to make acquisitions if needed, though it remains committed to returning half its cash to shareholders.

If it’s got marshmallows, it’s in this box! Our Marshmallow Mood bundle comes packed with a variety of handcrafted mallow bites.

Give yourself a luxury spa experience in the comfort of your own home. Leave your troubles at the door as you relax in the aromatic aromas.

Indulge in a Rí na Mara home spa experience, essential for your body's relaxation and rejuvenation.

Salt Water Days is a small-batch crafted chocolate from the Mourne Coast. It's made with Irish sea salt, cacao nibs and gold dust!

Look! A trio of our dark chocolate barks bundled up only for you. Satisfy yourself with these three savory flavours: peppermint chia crunch, orange & activated walnut, and salted nibs & activated hazelnut.

This box is filled with the most popular flavour of this all-in-one indulgent, refreshing Mariko drink. Sparkling Berry is brewed green tea infused with whole raspberries, elderberries, and hibiscus.

Discover the beauty in every cup of coffee with this box of freshly roasted coffee beans.