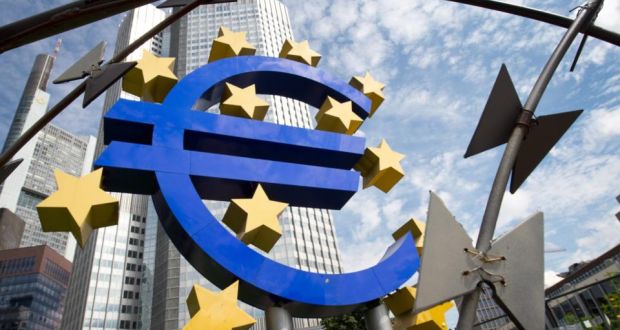 The European Central Bank. Photograph: Boris Roessler/EPA In total, 127 banks across Europe are being tested. In Ireland, the costs will be met by AIB, Bank of Ireland, Ulster Bank, Permanent TSB, KBC Bank Ireland, ACC, Merrill Lynch International and Depfa.

Eight banks in Ireland will have to pay €17.6 million between them to meet the costs of the comprehensive assessments that have been conducted this year by the European Central Bank to review their assets and test the resilience of their balance sheets to certain stress situations.

The assessments are part of a pan-European review by the ECB, in conjunction with theEuropean Banking Authority, in advance of the Single Supervisory Mechanism coming into effect in November. The SSM is set to assume supervisory control for euro zone banks from the end of this year.

In total, 127 banks across Europe are being tested. In Ireland, the costs will be met byAIB, Bank of Ireland, Ulster Bank, Permanent TSB, KBC Bank Ireland, ACC, Merrill Lynch International and Depfa.

The Irish costs relate largely to work carried out by Ernst & Young, KPMG and Deloitte on behalf of the regulators.

It is understood that the Central Bank of Ireland believes this to represent good value for money, with the Irish costs thought to be lower than in many other countries involved in the assessments.

This is due to the Central Bank undertaking certain assessment and project management roles internally, while drawing on some files submitted by the banks last year when the Irish regulator carried out a balance-sheet assessment on AIB, Bank of Ireland and Permanent TSB as a condition of Ireland’s successful exit from its IMF-EU bailout programme.

While the Irish banking market is small in an EU context, it is understood that the Republic was among the top-five countries in terms of the number of loan files that were reviewed and collateral that was valued.

This reflects the nature of the crash in late 2008, when the State was forced to bail out all of the domestic banks.

The results of the assessments are expected to be published at the end of October, after which point renewed high-level attention is likely to fall on ensuring healthy competition within Irish banking.

Signals of this came in Washington yesterday, with outgoing EU competition commissioner Joaquin Almunia calling for competition to become a top priority in the sector.

Noting the improvements to the balance sheets of the Irish banks and the Irish economy, Mr Almunia said that focus must turn from the post-crisis restructuring of the financial institutions to building competition.

In Washington to address an anti-trust conference at Georgetown University, Mr Almunia said at a news conference afterwards that during the crisis competition in Irish banking suffered in a “trade-off” to restructure the system that led to a reduction in the number of institutions.

“Now that we are almost at the end of the restructuring process, we need to pay a lot of attention to this restructured financial system to serve competition and not to create kind of very close relations between the few institutions that remain in the market,” he said.

“I think we have achieved a lot with the very good cooperation with the different ministers for finance,” he said.